Sidney Crosby’s recovery to include more treatment from chiropractor 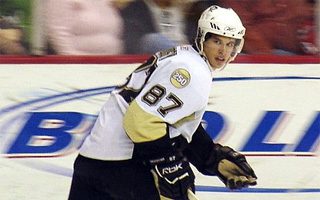 Sidney Crosby’s recovery is back in the hands of Canadian-born chiropractor Ted Carrick.

The Pittsburgh Penguins announced Monday their captain will meet with Carrick this week. Crosby was treated by the founder of chiropractic neurology in August and credited him with helping accelerate his return from a concussion earlier this season.

Crosby last played for the Penguins on Dec. 5, when his concussion symptoms returned.

“Sidney has made a lot of progress but he is still having some symptoms, so this is the next step in his recovery,” said Penguins general manager Ray Shero. “Obviously he won’t be back in the lineup until he is symptom-free.”

That continues to be a problematic area for Crosby. He accompanied the Penguins on a three-game road trip last week and skated twice in Florida, telling reporters afterwards he continues to deal with issues related to motion.

This excerpt has been shared from an article originally published on nhl.com. Please click here to read the full article.